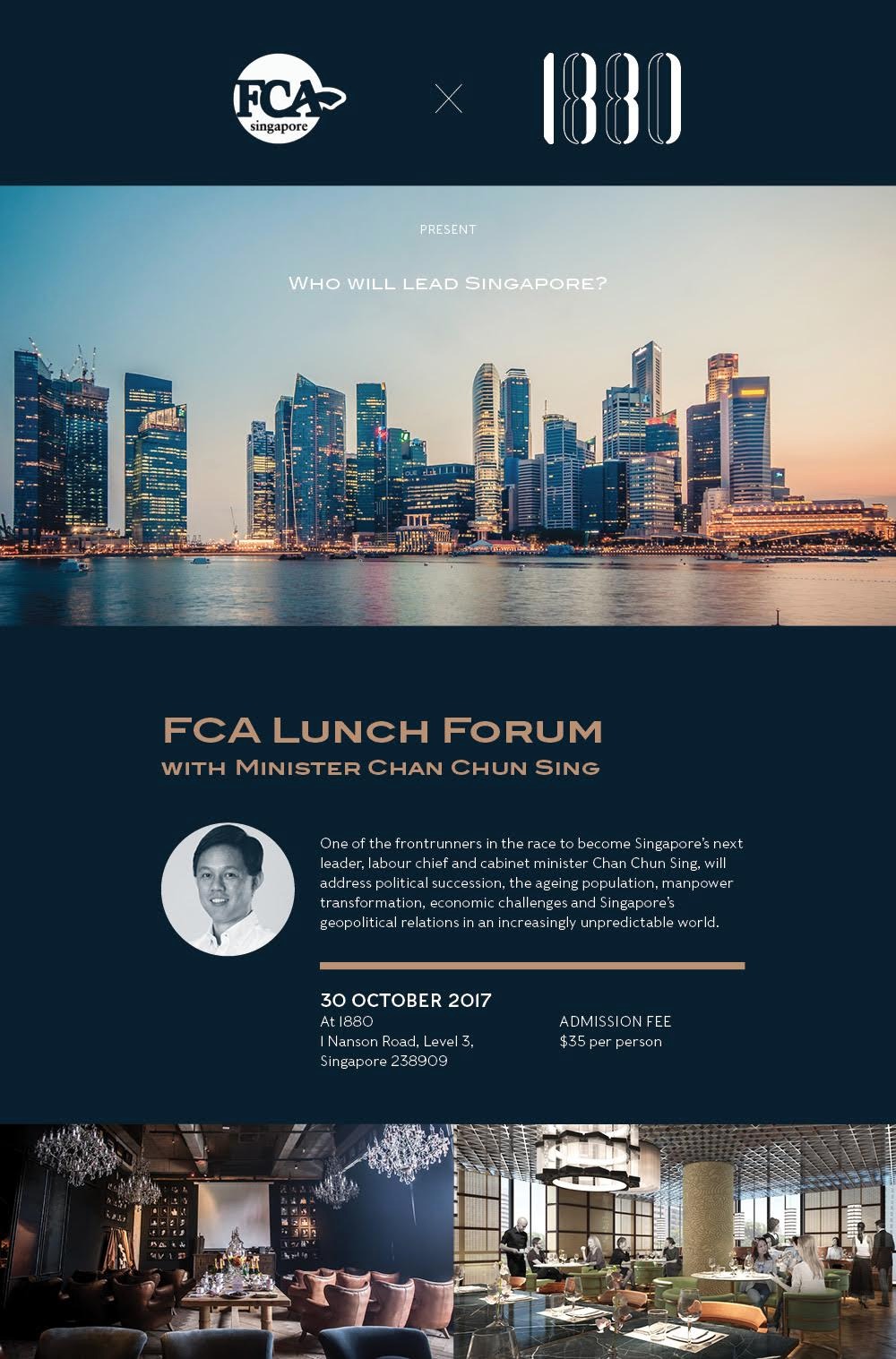 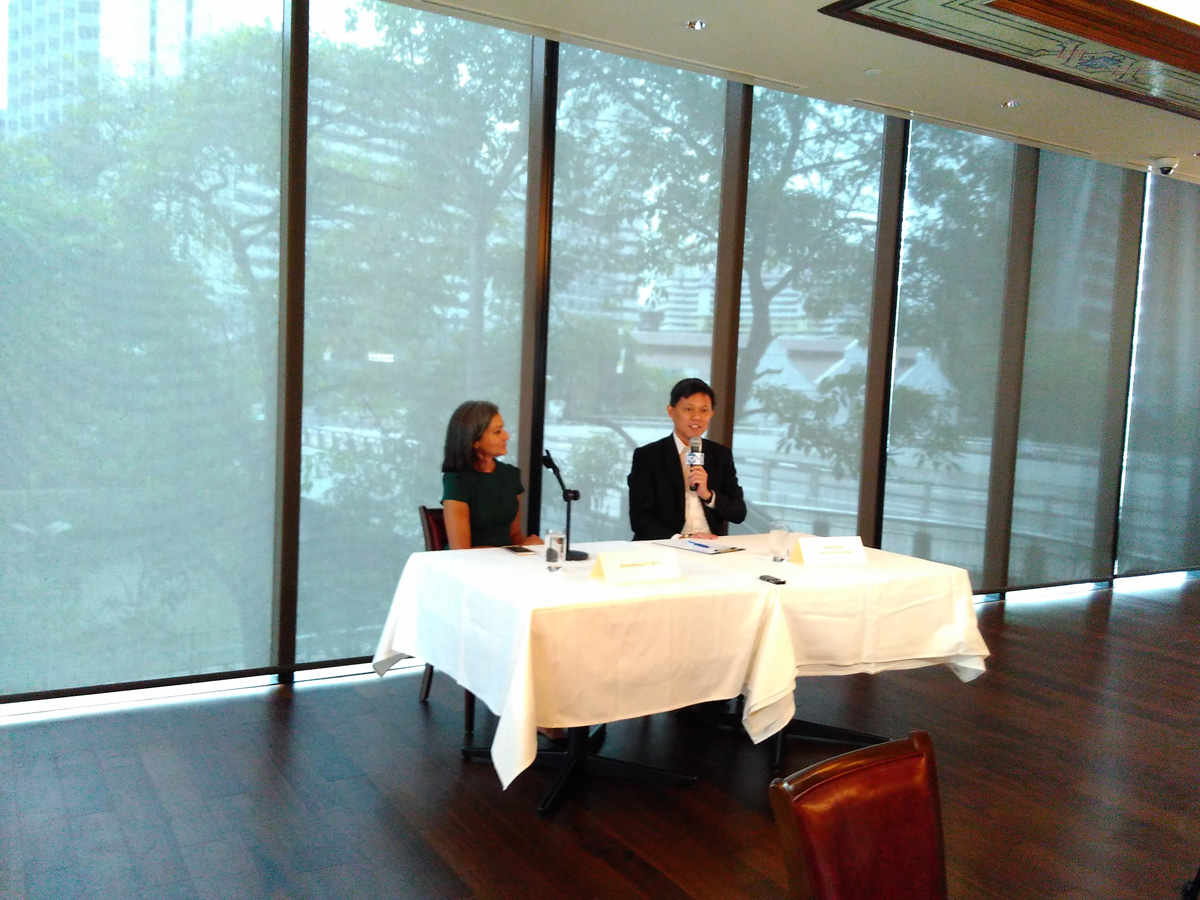 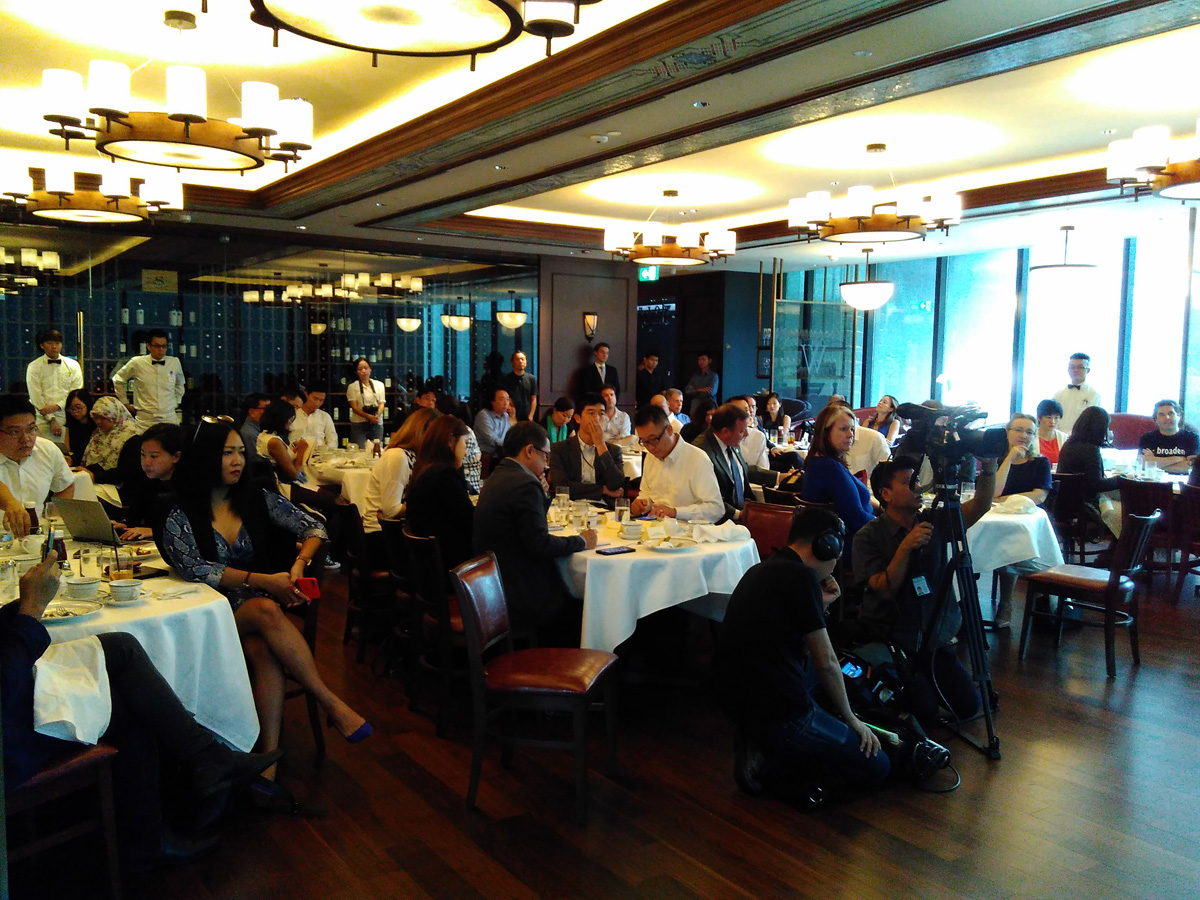 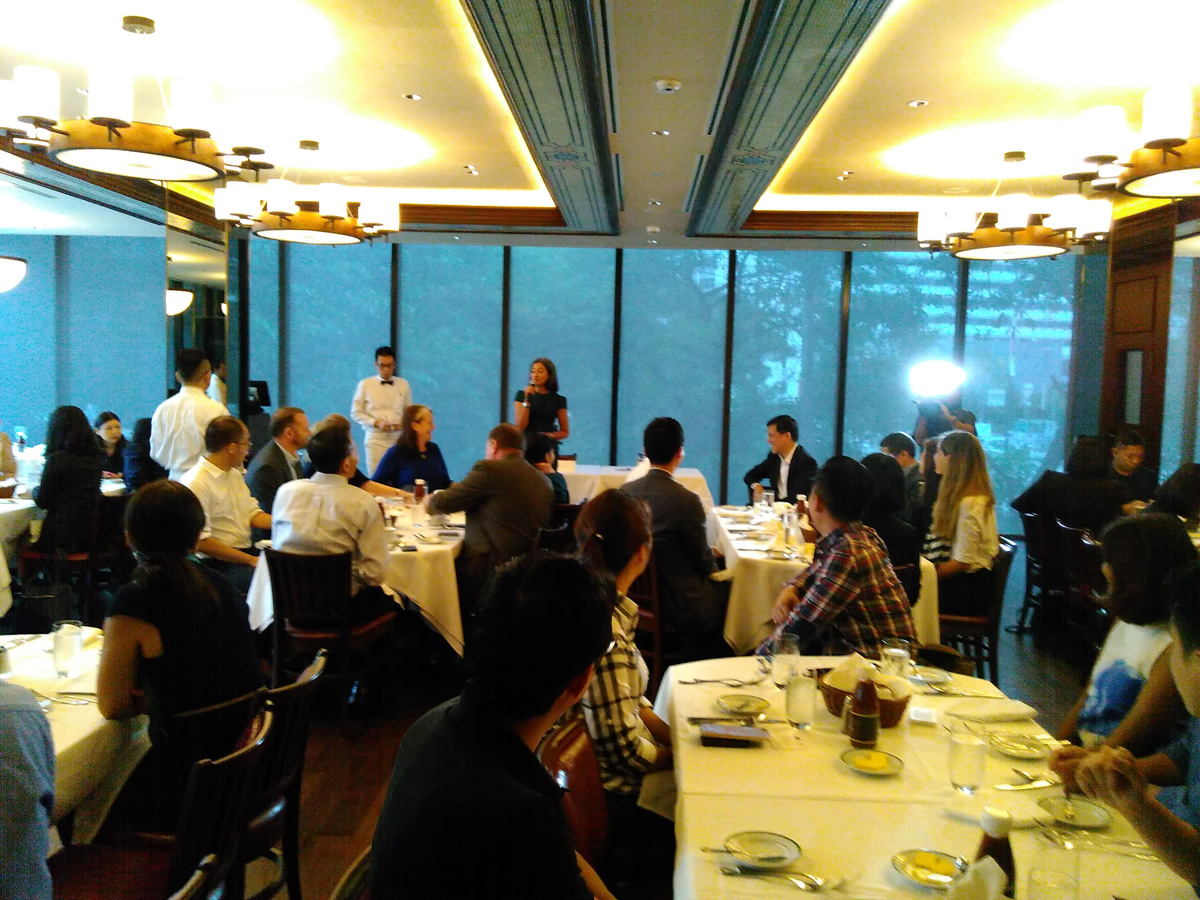 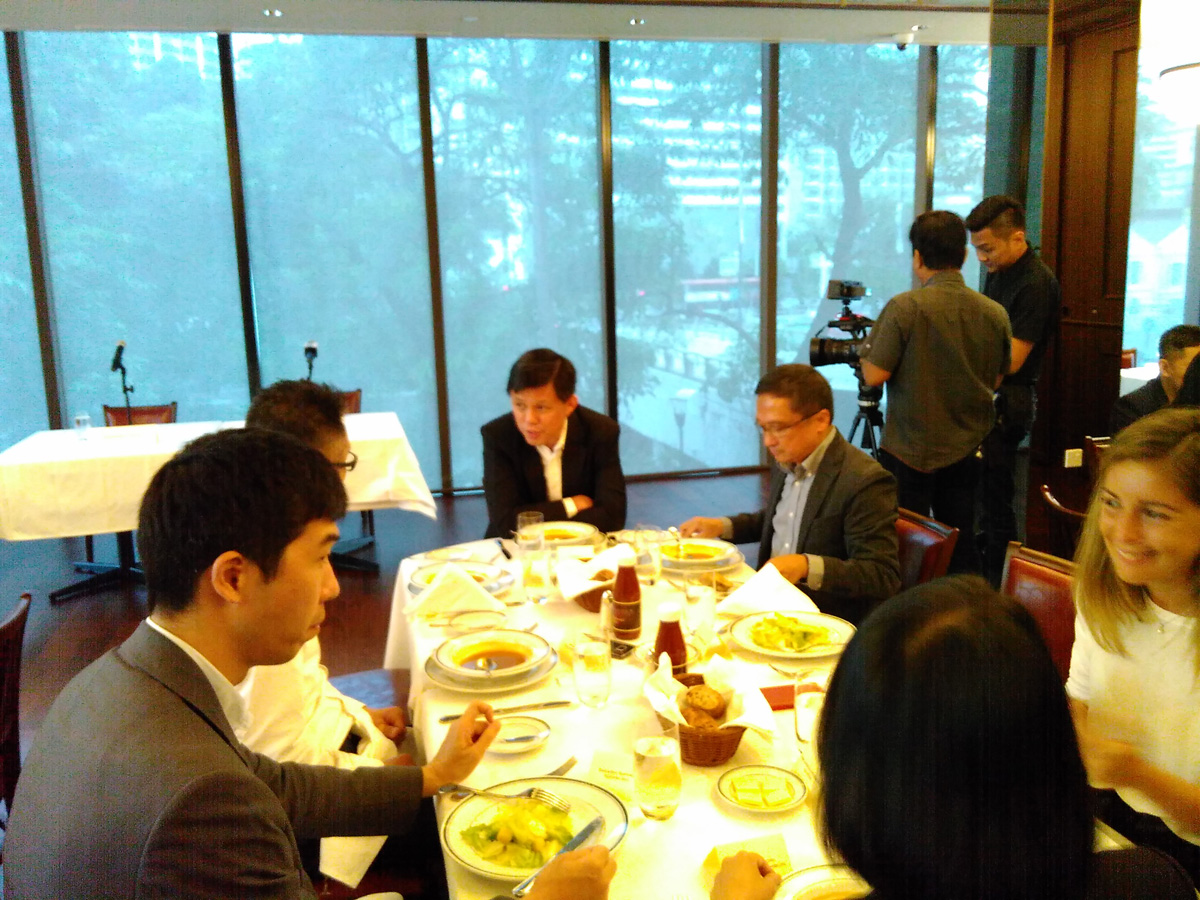 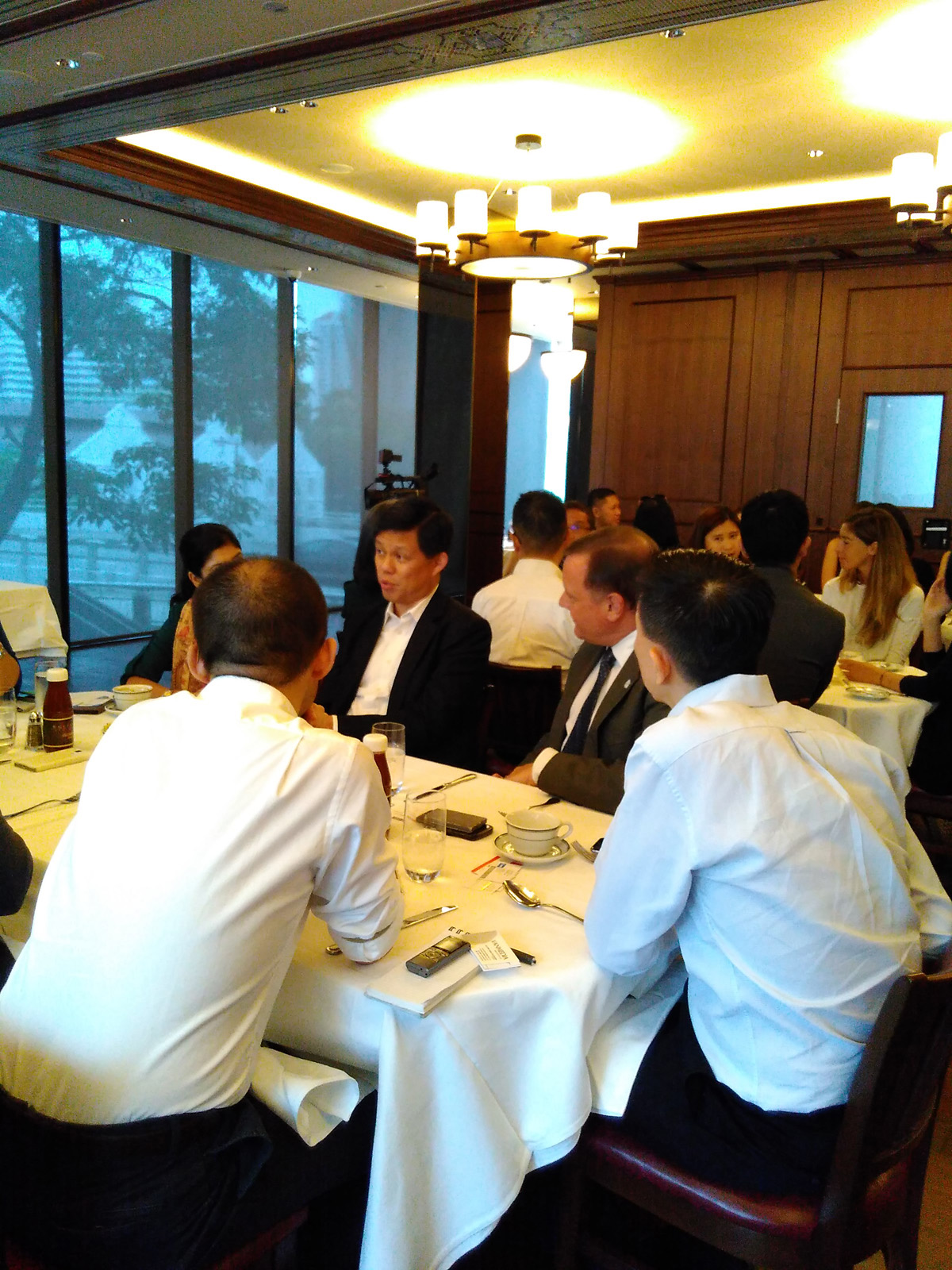 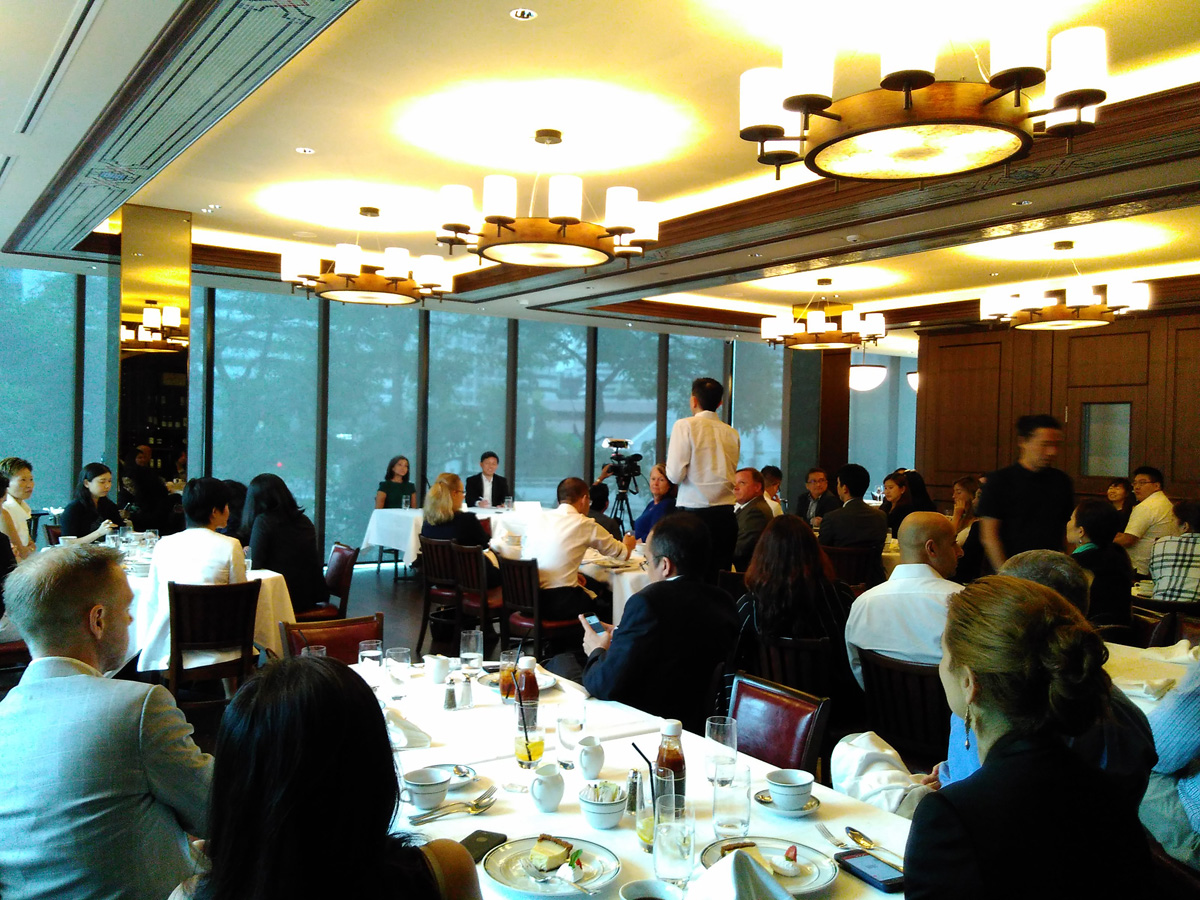 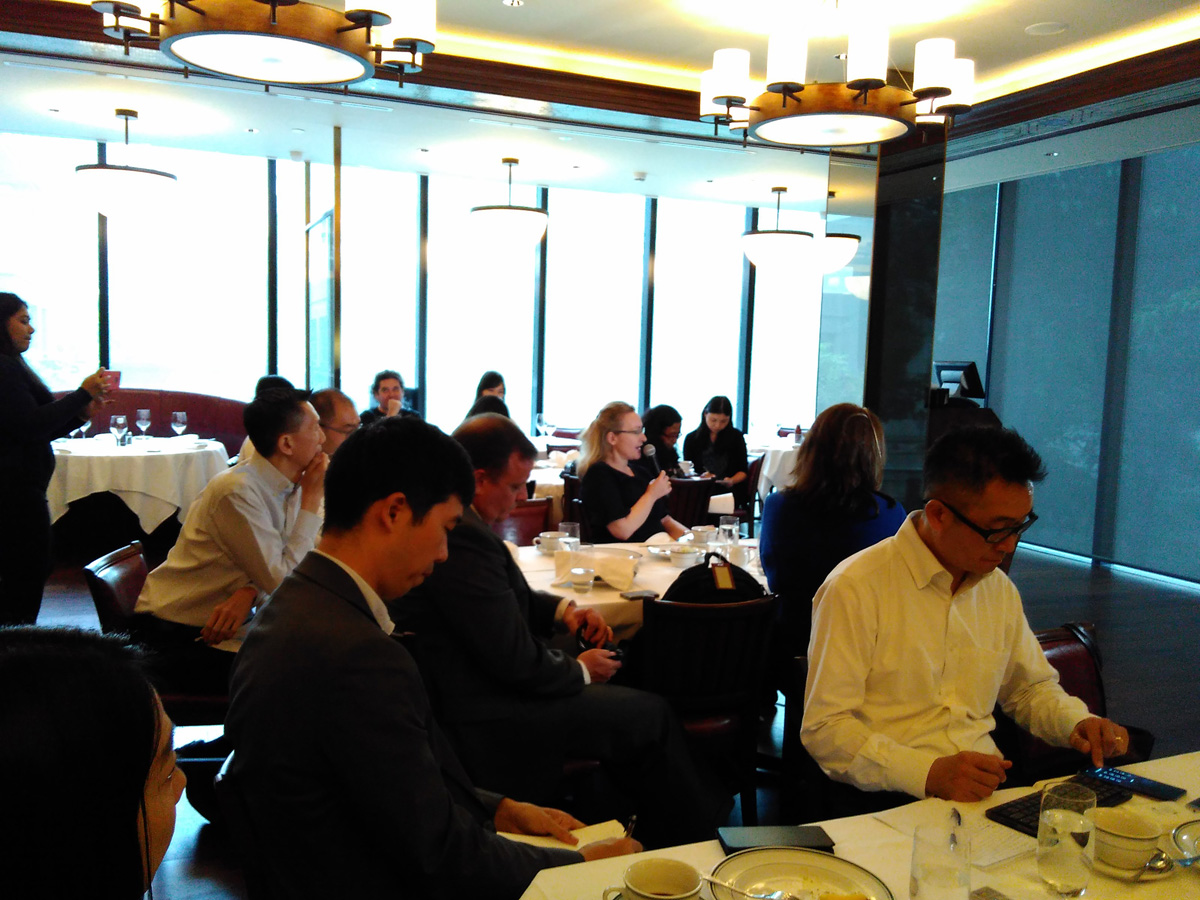 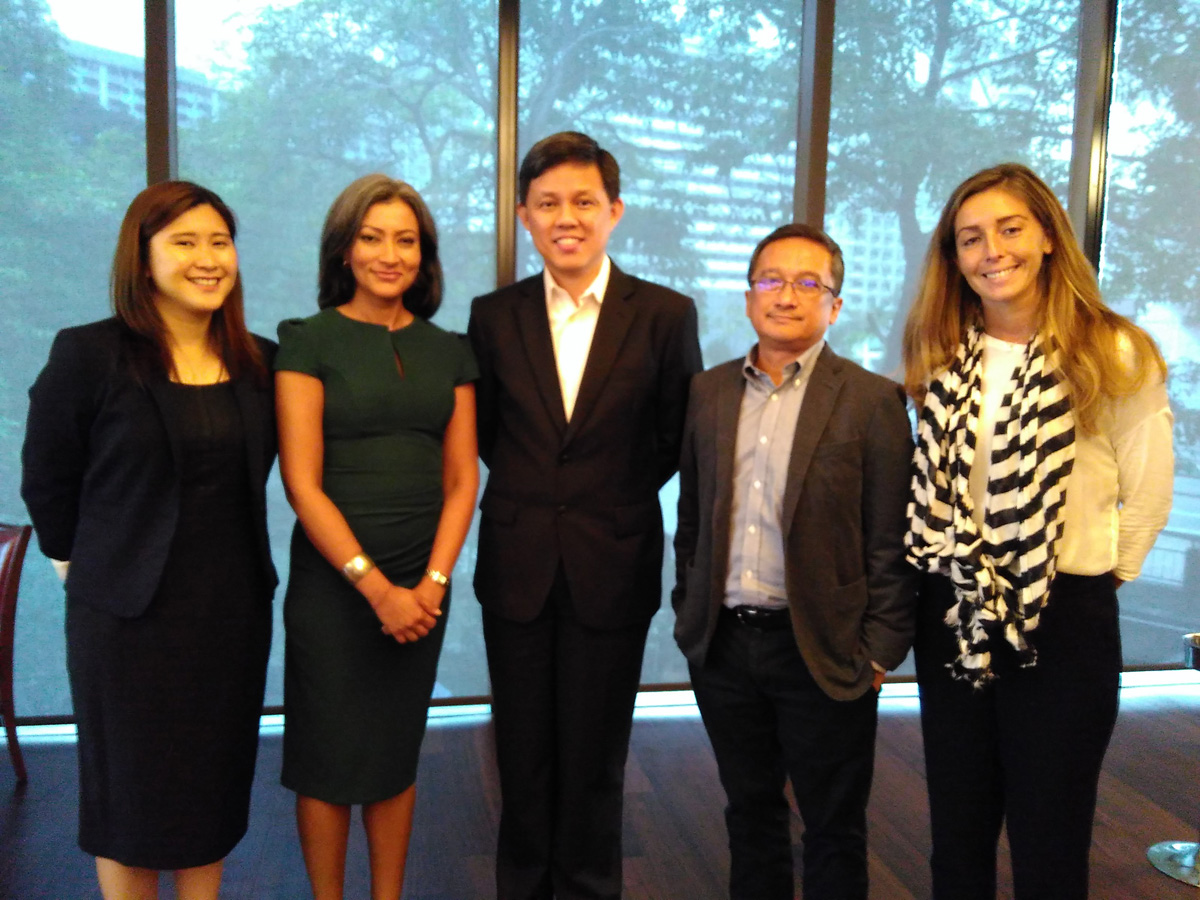 Due to overwhelming response to this event, registration is now closed. We thank all who have registered and we look forward to seeing you there.

-----Original Message-----
Thank you to all who have signed up for the Lunch Forum with Minister Chan Chun Sing.

There are limited seats available, so if you would like to attend and have not registered, please do so soon.  Registration will close on Monday 23 October or when seats are filled up, whichever is sooner.

Payment of $35 per person can be paid via bank transfer to FCA’s DBS bank account number 022-004789-2 – please email secretariat@fcasingapore.com to inform us of details of transaction.

If you wish to pay at the door, we do accept cash, but please note that any cancellation after Friday 20 October or no-show will still be billed the full amount of $35 per pax.

Will he be the next prime minister of Singapore?

One of the frontrunners in the race to become Singapore’s next leader, labour chief and cabinet minister Chan Chun Sing, will address political succession, the ageing population, manpower transformation, economic challenges and Singapore’s geopolitical relations in an increasingly unpredictable world.

The event will be held on October 30, Monday, at the brand-new 1880 members club at the Intercontinental Singapore Robertson Quay on 1 Nanson Road Singapore 238909.

After a career in the Singapore Armed Forces spanning over two decades where reached the rank of Major-General and served as Chief of Army, Mr Chan entered politics in 2011.

Educated at the Raffles Institution and Raffles Junior College, Mr Chan was awarded the SAF (Overseas) and President’s Scholarship to study Economics at Christ’s College, Cambridge University, graduating with First Class Honours. In 2005, he completed the Sloan Fellows Programme at the Massachusetts Institute of Technology under a Lee Kuan Yew Scholarship.

He is currently the Secretary-General of the National Trades Union Congress (NTUC) and Minister in the Prime Minister Office.  He relinquished his previous duties in the Ministry of Social and Family Development (MSF) and Ministry of Defence on 9 April 2015 to join NTUC full time.

At MSF, he was responsible for improving social service delivery, enhancing social safety nets and strengthening support for families in Singapore. On 8 April 2015, the NTUC Central Committee unanimously elected him to be NTUC Secretary-General from 4 May 2015 to help strengthen labour leadership at NTUC and the link between the Labour Movement and the Government.