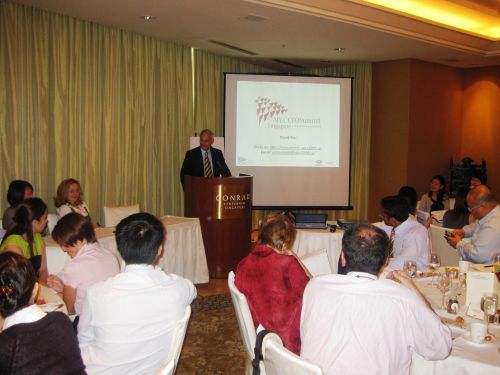 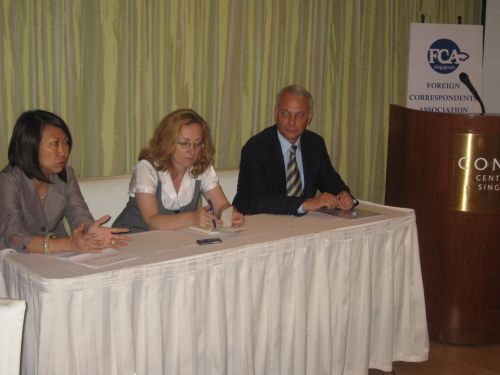 Ms Chong has been the President & CEO of Ascendas Pte Ltd since January 2001 and she's also one of Singapore's three representatives to the APEC Business Advisory Council.

She will be discussing the business perspectives on the upcoming APEC meeting, along with the upcoming APEC CEO Summit to be held in Singapore on 12-14 Nov 2009. With the theme "Rebuilding the Global Economy: Crisis and Opportunity", this prestigious forum will bring together APEC heads of government, CEOs of major multinational companies and thought leaders to discuss the most pressing socio-economic and business issues facing the Asia Pacific region today.

The session will take the form of a panel discussion and Ms Chong will be joined by Lothar Herrmann, President & CEO of Siemens Pte Ltd..

Mr Herrmann assumed his current position on 1 February 2009. Prior to the appointment to SPL, he was the President and CEO of Siemens Limited Thailand since 2005.  In addition, he is also responsible for the ASEAN region where he has been Cluster CEO since April 2008.