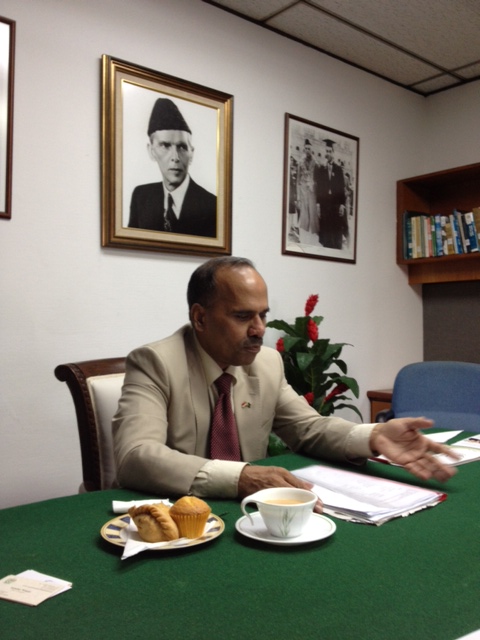 The High Commissioner to Pakistan, Syed Hasan Javed has agreed to an on-the-record session to discuss the current political situation in his country. He will also discuss the main challenges of Pakistan's foreign policy with the elections of the new American President.

As a career diplomat who joined the Foreign Service in 1979, Syed Hasan Javed has served in many countries in various capacities. From 2003 to 2007,he was the High Commissioner for Pakistan in Mauritius with concurrent accreditation to Madagascar, Comoros and Seychelles from 2003 to 2007.

Before his nomination in Singapore in July 2011, Syed Javed Hasan was performing duties as Additional Secretary (Asia-Pacific) at the Ministry of Foreign Affairs in Islamabad.

He is the author of "Chinese Made Easy: 100 Lessons in Spoken Chinese" published in October 2012. Hasan Javed worked at Pakistan's Beijing Embassy for eight years and studied Chinese at the Beijing Language Institute for two years.