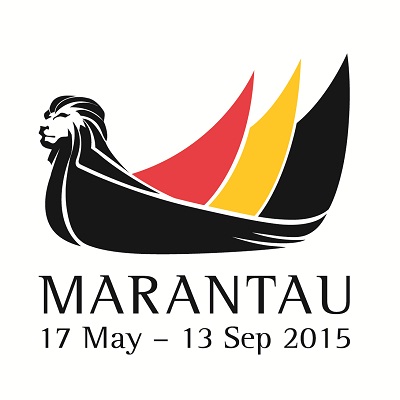 FCA journalists and camera/video crew are invited to a media preview of a new exhibition by the Malay Heritage Centre on the Minangkabau culture, and its official launch by Dr Mohamad Maliki bin Osman, Minister of State, Ministry of National Development & Ministry of Defence.

Leaving their homeland in West Sumatra, the diasporic Minangkabau people have travelled to many cities around the region, including Singapore, to seek out their fortunes. The local Minangkabau community, which includes notable personalities like Yusof Ishak, Zubir Said, Eunos Abdullah, and Lieutenant Adnan Saidi, quickly developed a strong sense of belonging to Singapore, and became important contributors to the society.

The history and development of this important sub-ethnic group among the Malay community in Singapore will be showcased in a new exhibition titled “MARANTAU: Dima Bumi Dipijak Di Sinan Langik Dijunjuang” at the Malay Heritage Centre (MHC).

Co-curated by MHC and Singapore Minangkabau Association (SMA), the exhibition will feature over 60 community contributed artefacts that highlight various aspects of the Minangkabau culture and lifestyle. They include intricately woven male and female wedding costumes and a two-meter long handcrafted model of the Istana Pagaruyung (the royal palace of the former Pagaruyung Kingdom).

Join Mr Irianto, President of SMA and community curator, as well as MHC’s Noorashikin Zulkifli as they take you through the galleries to explore the wide variety of community-contributed artefacts ranging from rich gold-woven songket textiles to traditional stringed zithers. After which, take part in the launch of the exhibition, which will be officiated by Dr Mohamad Maliki bin Osman, Minister of State, Ministry of National Development & Ministry of Defence.

Kindly RSVP directly to Keith Kay at 6220 5010 or keith.kay@tateanzur.com