Lunch with William Lewis, CEO of Dow Jones and Publisher of the Wall Street Journal 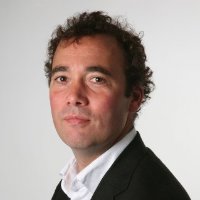 Mr Lewis will tackle the subject of digital disruption and its impact on global media.  He will argue that major news organizations are more important than ever in these dangerous and uncertain times -- but face a battle for relevance against the populist fires that rage on social media.  He believes the antidote is less noise and more clarity and depth.  Media organizations that survive and thrive will provide the best experiences for readers: news delivered on innovative apps and technologies that deliver agenda setting analysis and gravitas.

Mr Lewis, who has worked in newspapers for almost three decades, says 2016 is shaping up to be one of the most consequential years of recent memory.  From trying to cover economic instability in China and military tension in the South China Sea, conflict in the Middle East, terror and political uncertainty in Europe and the perplexing US Presidential elections, digital publishers and technology news aggregators are learning a hard lesson: creating great content -- through journalism that exudes authority and inspires trust -- is tough.  And it doesn't come for free.

William Lewis was appointed Chief Executive Officer of Dow Jones and Publisher of The Wall Street Journal in May 2014.  He previously served as Chief Creative Officer for News Corp, the parent company of Dow Jones, where he was responsible for the company’s creative strategy and developing new commercial opportunities.

Prior to joining News Corp, Mr Lewis served as Editor-in-Chief of Telegraph Media Group, which he joined in 2005. Under his editorship, The Daily Telegraph was named UK Newspaper of the Year in the 2010 British Press Awards.  This followed the paper’s exposure of the parliamentary expenses scandal. Mr Lewis was also named Journalist of the Year. Mr Lewis led the team that designed and ran The Telegraph’s acclaimed newsroom, organizing the paper’s move from its previous premises.

In 1990, Mr Lewis graduated from Bristol University with a Bachelor of Science degree in Politics & Economics and completed a postgraduate degree in Periodical Journalism at City University the following year.

In July 2010, he was awarded an Honorary Degree of Doctor of Laws from Bristol University and in September 2010 was made Doctor of Letters by the University of Lincoln.