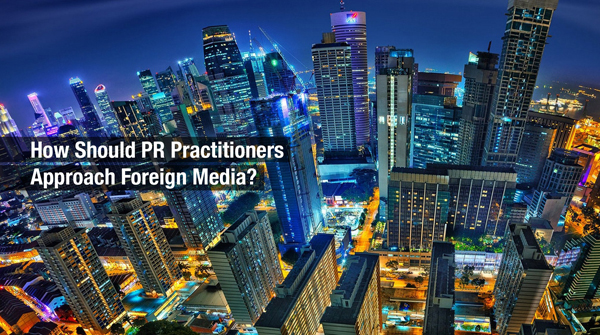 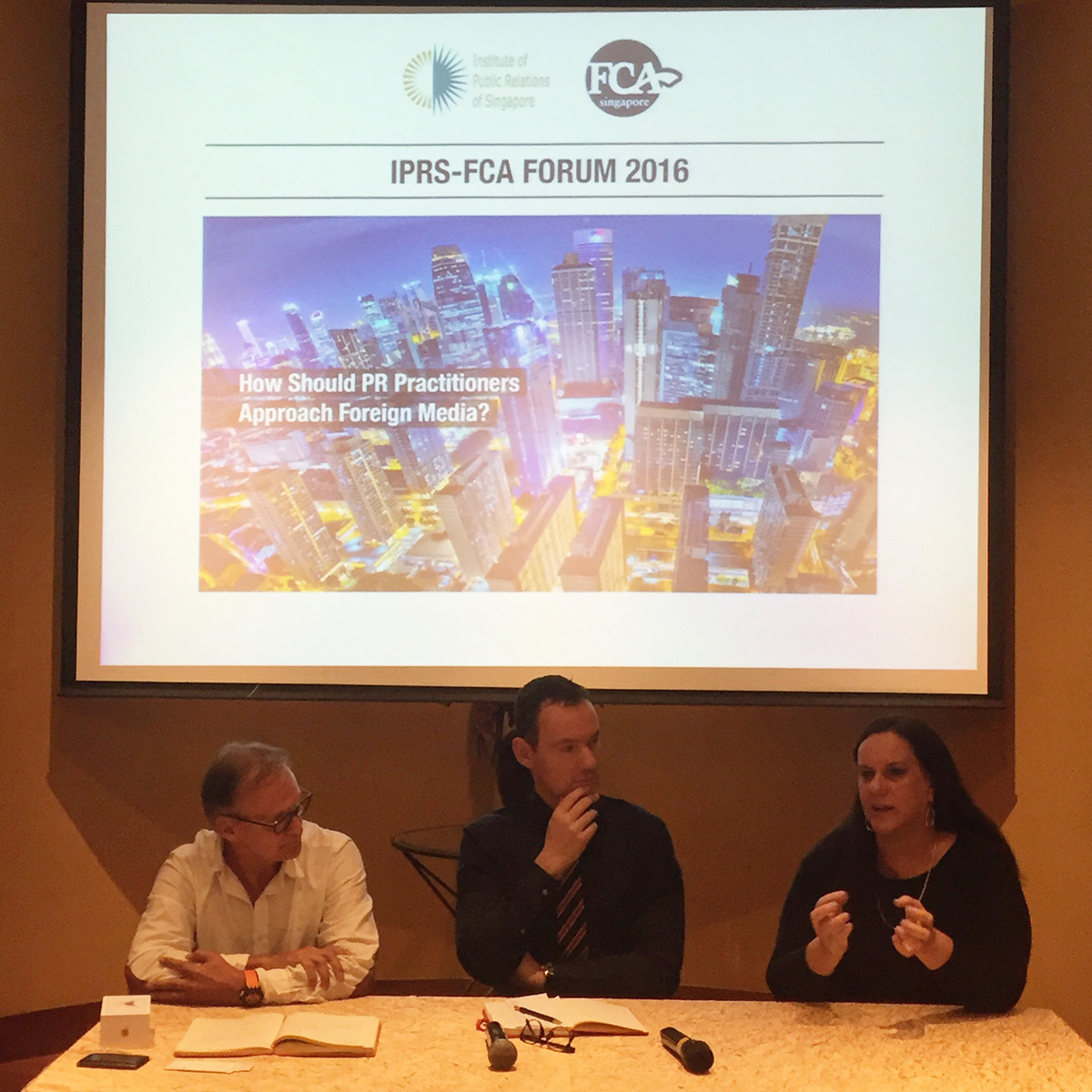 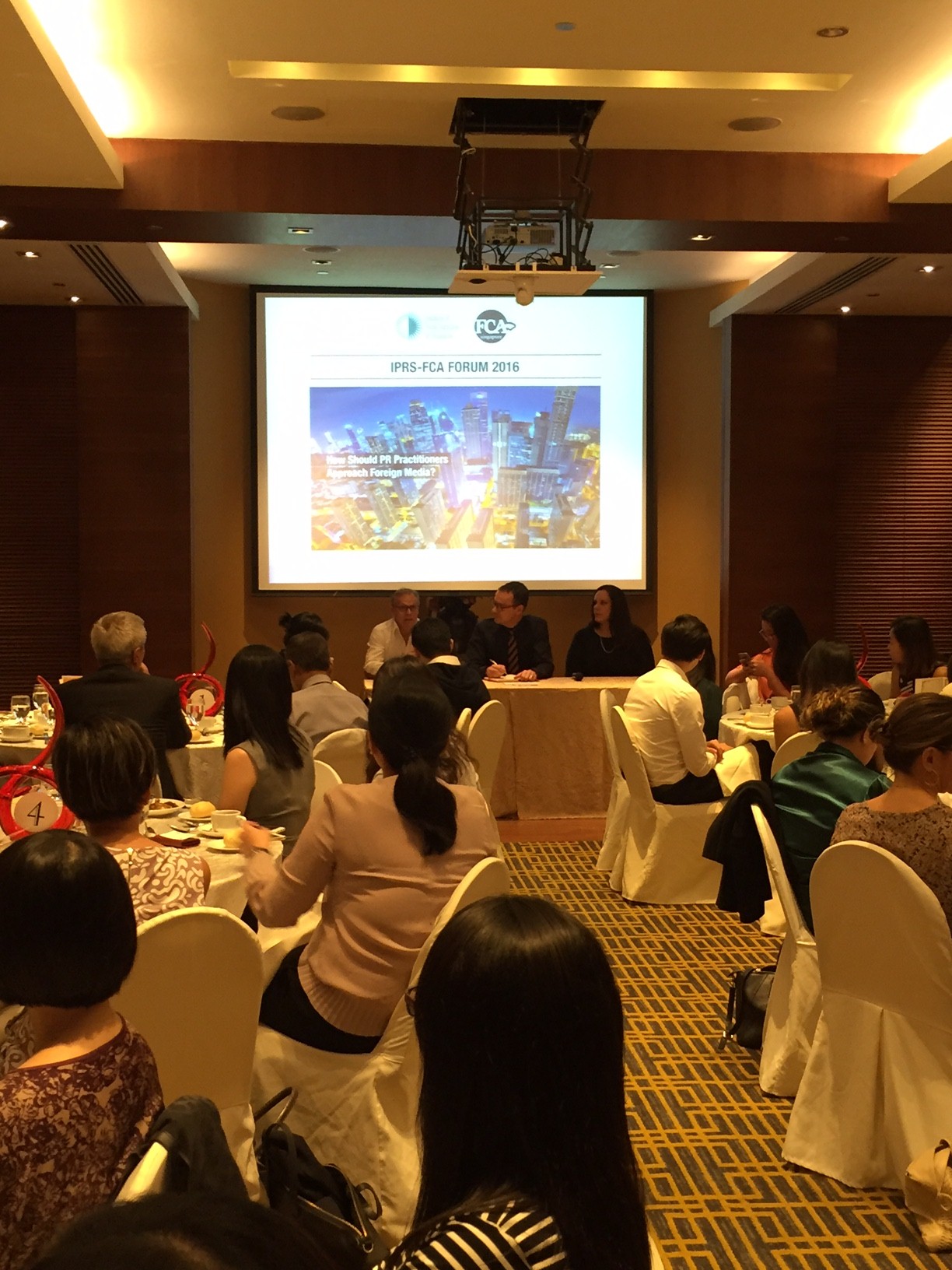 Liz Corbin was unable to attend because, as we know from working with the media, there are always surprises, and on the morning of this event, Liz got a surprise of her own.

Illka Gobius replaced Liz on the panel and brought her perspectives, as a practitioner, of working day to day with the foreign media.

Illka Gobius is the Managing Director of PINPOINT PR and an executive committee member of the Foreign Correspondents Association. She is an experienced PR practitioner with the foreign press and whose agency generates over USD1m in earned media each month from foreign press coverage for one customer alone. Illka and her agency attain media coverage for their clients across all mediums, including radio, television, wires, online media and with trade press, often within a single day. She covers PR for the financial markets, technology, health care, travel, tourism, hospitality and events.

Jointly hosted by the FCA and the Institute of Public Relations Singapore (IPRS), the IPRS-FCA Forum 2016 will present a panel of Bureau Chiefs who will discuss what they look for in terms of content and spokespersons.

Sign up for this networking luncheon to learn, in an open dialogue forum, how PR practitioners can better garner coverage in the foreign media.

Manfred Rist is the Bureau Chief and South East Asia correspondent of Neue Zürcher Zeitung, a Swiss newspaper. He also teaches modules in journalism at a local university in Singapore. Initially a part of Nielsen SA, a market research company, Manfred contributes in the business section of the NZZ, with support reporting on news and issues relating to business, technology and current events. Previously based in Paris, he was the NZZ correspondent to the European Union and NATO in Brussels since 1990, and was then assigned in Singapore as South East Asia correspondent in 2000, tackling business and politics in Asia, and specialising in Multimedia Digital Storytelling.

Professor Gregor Halff is Professor of Corporate Communication Practice and Deputy Dean of the Lee Kong Chian School of Business at Singapore Management University.  He is the Chair of the Global Alliance for Public Relations and Communication Management.