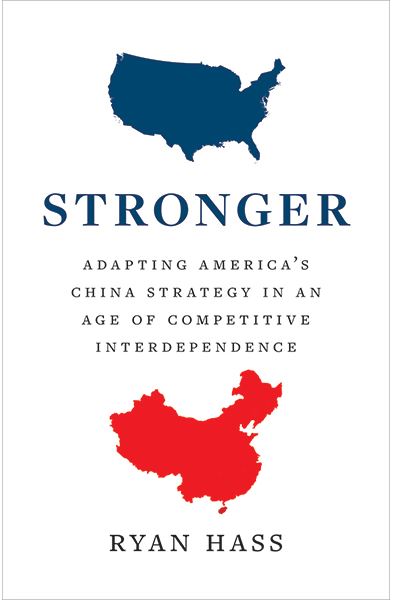 FCA members are invited to the book launch of Ryan Hass’ book “Stronger: Adapting America’s China Strategy in an Age of Competitive Interdependence” hosted by AmCham.

America's relationship and rivalry with China is rooted in the relative advantages America already possesses. While competition will remain the defining trait of the relationship, both countries will continue to be impacted—for good or ill—by their capacity to coordinate on common challenges that neither can solve on its own, such as pandemic disease, global economic recession, climate change, and nuclear nonproliferation.

Join Steven Okun at AmCham for the Author Series with Ryan Hass as he makes the case in "Stronger: Adapting America's China Strategy in an Age of Competitive Interdependence" that the United States will have greater success in outpacing China economically and outshining it in questions of governance if it focuses more on improving its own condition at home than on trying to impede Chinese initiatives. He argues that the task at hand is not to stand in China's way and turn a rising power into an enemy in the process but to renew America's advantages in its competition with China.

The discussion will be highly interactive and on the record.